A case study: The leadership profiles of executives in a global production company

This case study describes the assessment results of high performance executives in a global production company. Almost all executives have long corporate histories of around 15 to 20 years, the majority have also been involved in the production industry in the long term, almost all have post graduate or multiple degrees – especially in science and/or business, and most are males between the ages of 40 and 60.

Given regional differences in leadership profiles, the results of the various groups are reported on separately, namely: Europe (Swiss Head office), India, USA, South America and Others. The assessment results were also compared to the 360 degree performance rating (of both Performance and Potential) of all executives as conducted within the organisation. The assessment products that were used to analyse executive profiles, are:


The 360 degree Performance and Potential rankings 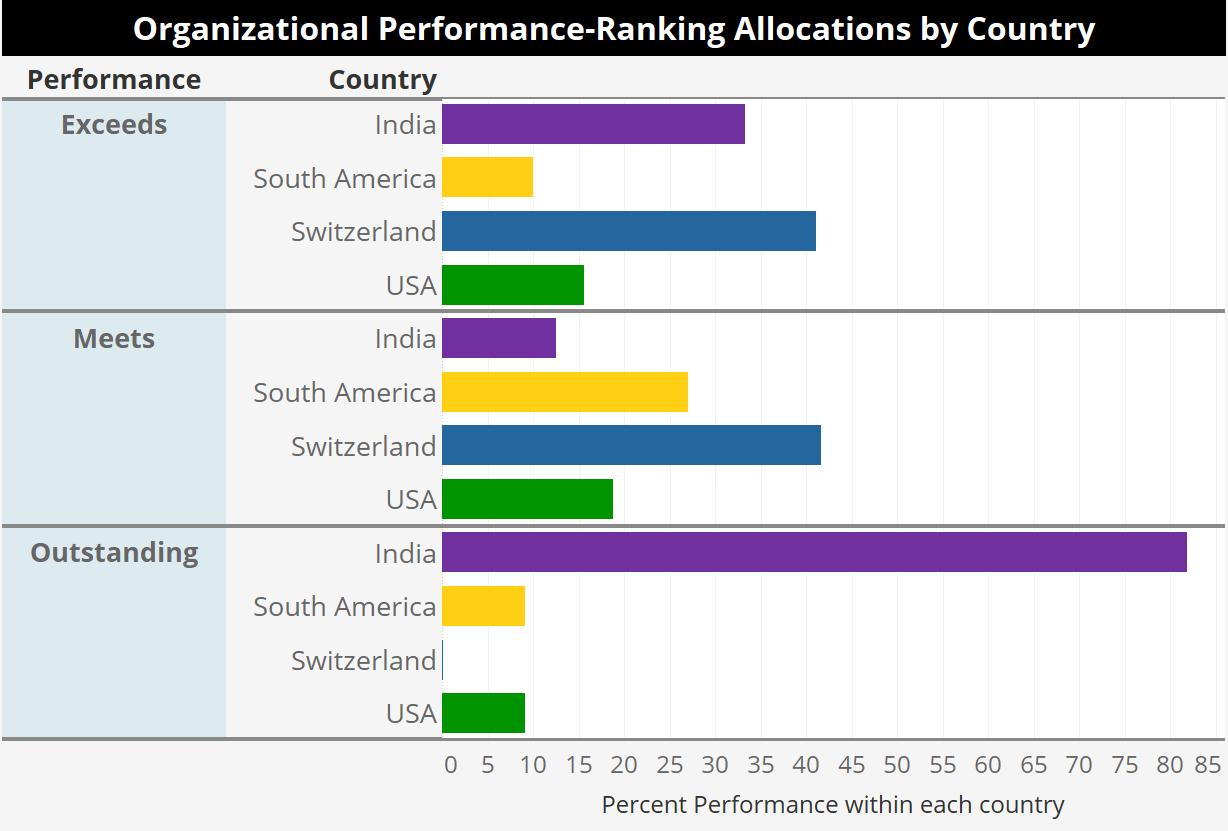 The CPP Cognitive styles and the Cognitive processes of the executive groups were also analysed. Only those that met the performance requirements and those that showed excellent performance ratings were included in the analysis.

Very similar results were achieved in terms of the cognitive processing scores in that Logical reasoning, Analytical, Quick Insight Learning, Memory, Rule Oriented, and Complexity scores (in that order) best correlated with the Performance (r = 0.96 and p < 0.0001) of those who met or exceeded the performance criteria.

This shows the highly rigorous and logical approach of the executives as well as their reliance on knowledge and experience (as often associated with the tendency to use memory).

The Stratified Systems Theory (SST) levels of work, as measured by the CPP were also analysed. The SST levels indicate the degree of complexity that a person prefers to work at and which they show capability for. Both Current and Potential SST levels are indicated per person.

It was found that there is a clear monotonic relationship between the percentage of cases and increasing CPP Current Level as well as CPP Potential level of work rankings, except for the Pure Strategic level (5). Executive performance as measured for the purposes of this study primarily involved Parallel Processing work requirements instead of Pure Strategic work requirements. 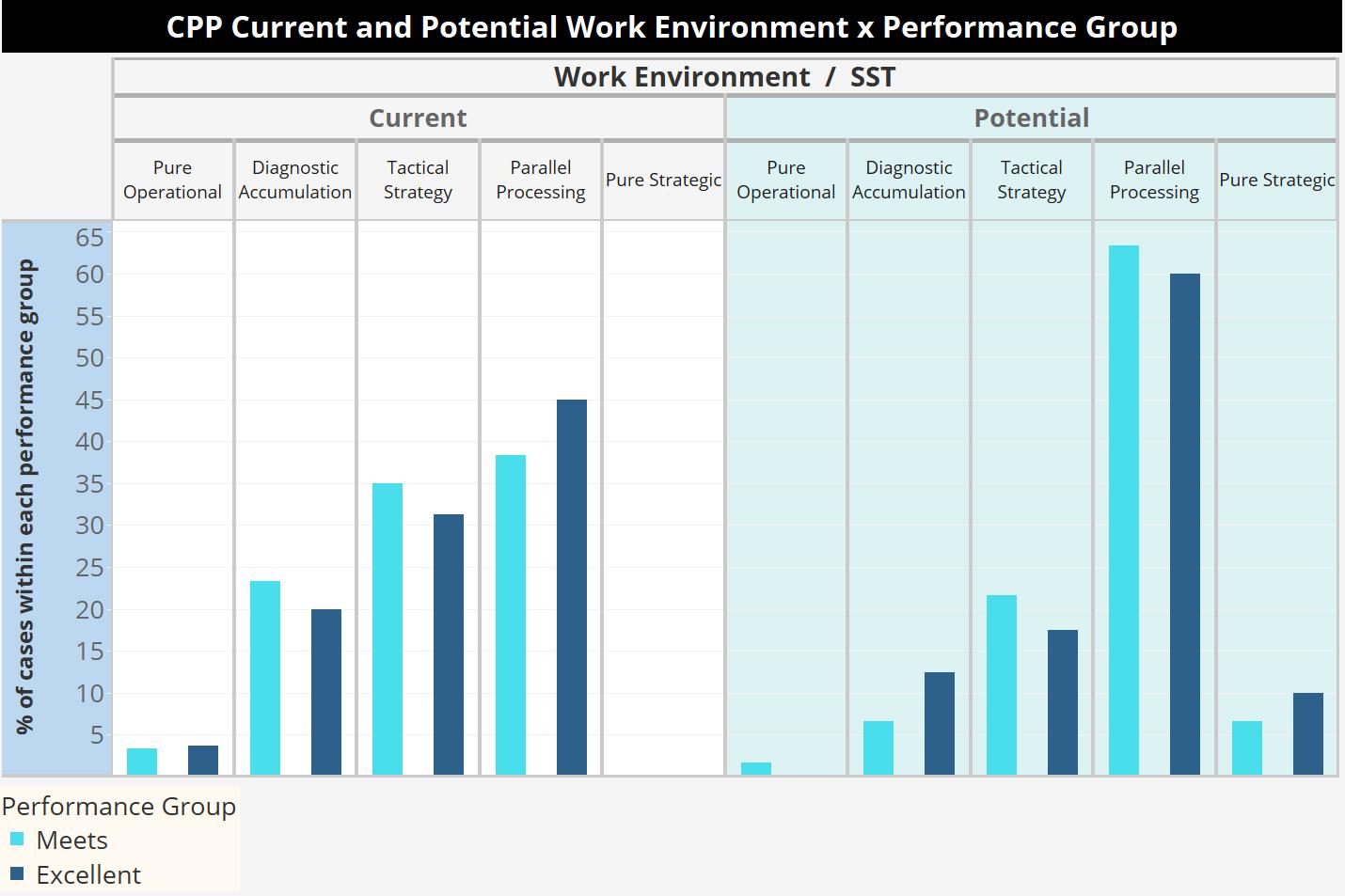 From this data it seems that the executives mostly deal with interactive and dynamic systems, requiring a Logical and an Integrative approach, as is typical at a SST Parallel Processing level. Typical Pure Strategic work normally requires dealing with macro-economic issues across industries. A highly Intuitive approach is, however, mostly relied on in Pure Strategic contexts to identify patterns emerging from chaos in the macro-economic environment, as well as to understand emerging philosophical trends within the industry.

Next, the worldviews and valuing systems of the executives were analysed, using the Value Orientations (VO) assessment as based on the Spiral Dynamics (SD) theory. The SD is represented below: 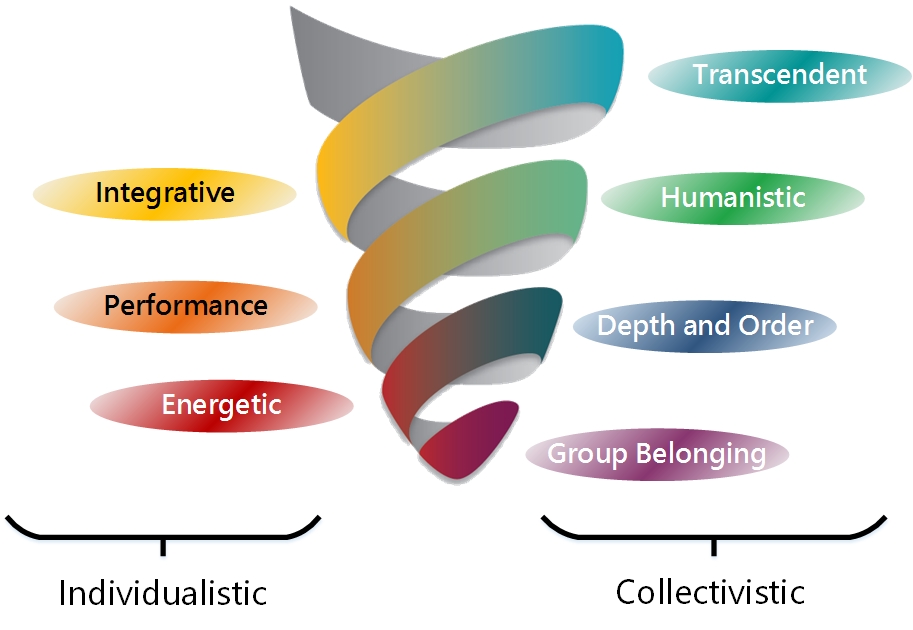 Interesting findings emerged from the analysis of the Worldviews and Perceptual frameworks of the executives, as measured by the VO. Again, regional differences prevailed. The executives from Europe / Switzerland showed highly sophisticated and inclusive worldviews by focusing on integrated systems functioning (Yellow) as well as humanitarian, theoretical and environmental issues (Green). The executives from the USA showed a relatively pronounced Purple and Red value orientations. The Purple orientation indicates a strong in-group or team alliance and the Red a highly energetic, practically inclined as well as competitive, power driven and egocentric approach. The India sample showed a Purple, Blue and Green orientation which indicated a collectivistic and people oriented orientation. The Blue is often associated with acceptance of authority and the status quo and the Green may indicate a compassionate approach towards others, an interest in ideas and a somewhat relativistic decision making style. The South American sample showed a Red, Blue and Orange value orientation which can be described as realistic and focused on practical or tangible issues as is often required in management within the business context. The Red and Blue values underlie the energetic and committed pursuit of results and the Orange involves continually looking for new opportunities or strategic angles to create value.

In terms of the Rejection of certain value orientations, almost all groups refrained from rejecting Orange (Strategic, value adding orientations) and Green (people, compassion, political tact and diplomacy, intellectual approach) values. It also seems that the sample group from Europe / Switzerland experienced particular discomfort in dealing with others driven by a Blue value orientation, and which may be somewhat inflexible and authoritarian, whereas the sample group from the USA rejected an open-minded, holistic, systems approach as was most common amongst the executives from Europe / Switzerland. Unless there is adequate understanding of these value orientations amongst executives themselves, such differences in approach could potentially derail the implementation of organisational strategies.

The following VO results were obtained:

A most interesting finding was the significant overrepresentation of the rare transcendent Turquoise value system amongst those that were rated as excellent performers, which seldom is the case in corporate environments.

In terms of Motivation, as was measured using the Motivational Profile (MP), the following results were obtained. Not all the constructs measured by the MP are reported on here.

Of the 15 Life scripts that are measured by the MP, the majority of executives who meet and exceed the performance requirements, showed the following orientations: 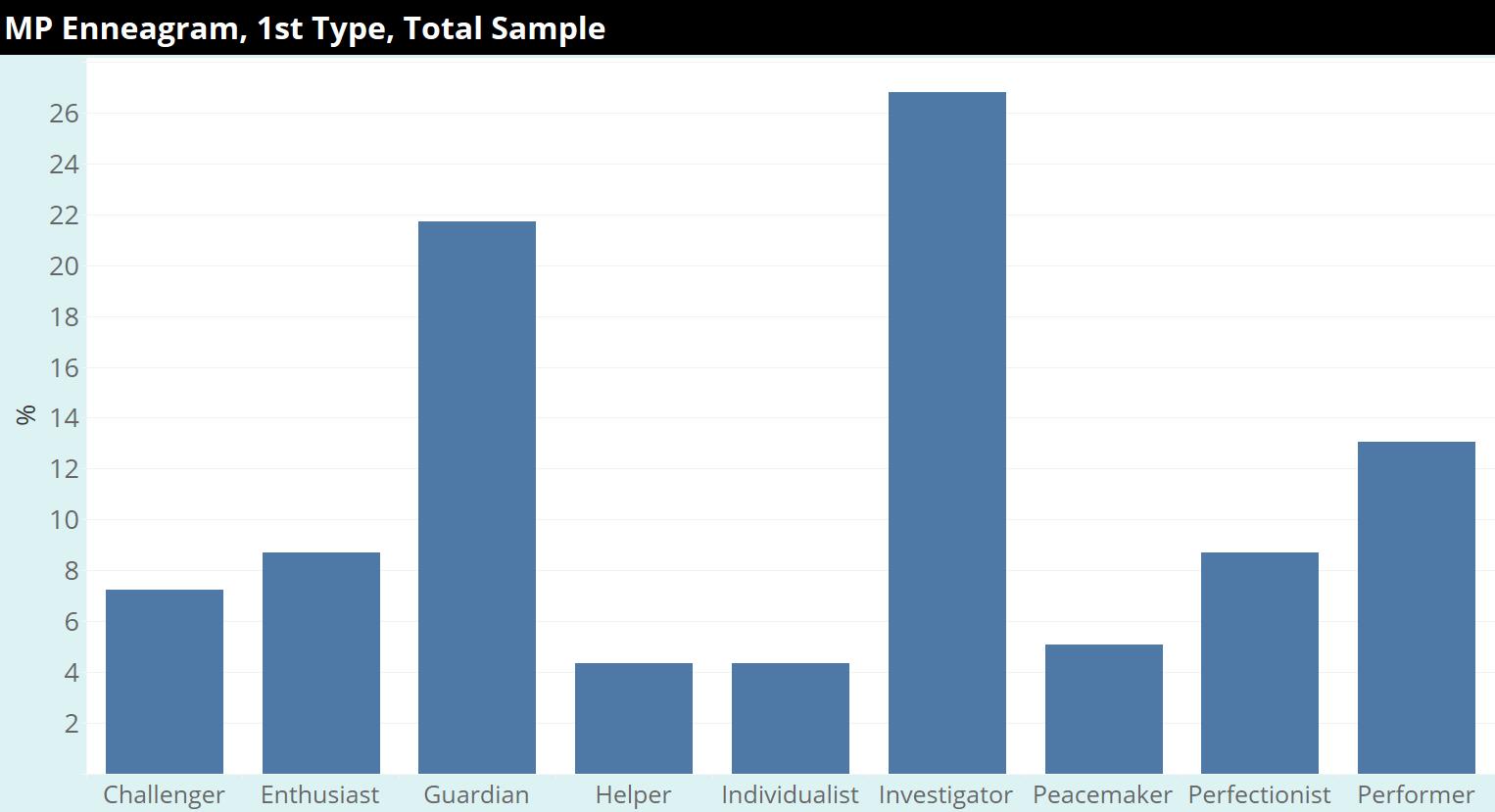 The other 10 life scripts were not commonly found amongst the executives who met and exceeded the performance requirements.

The MP also measures motivational factors in terms of the “head-heart-feet” metaphor. The following results were obtained.

The high scores that were obtained on the Head, indicate a logical, rational, planned, structured and facts-based approach to solving problems as opposed to a gut-feel and intuitive approach. This verifies the CPP finding of cognitive rigour. 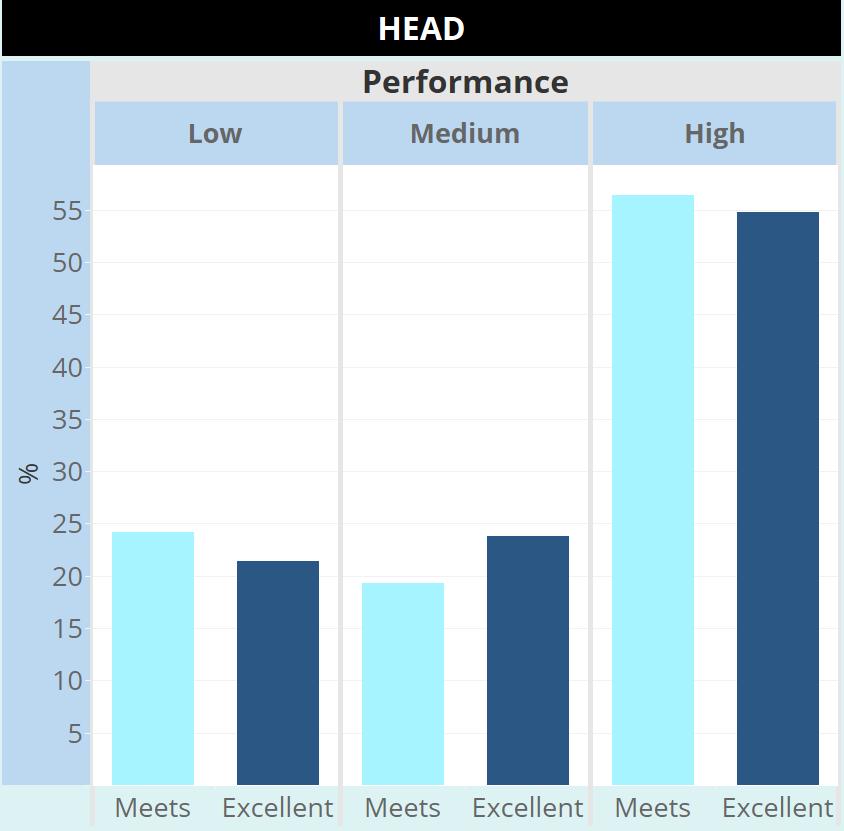 The medium and high scores as reflected by the Heart scores indicate a mature yet energetic and emotionally focused approach to work. 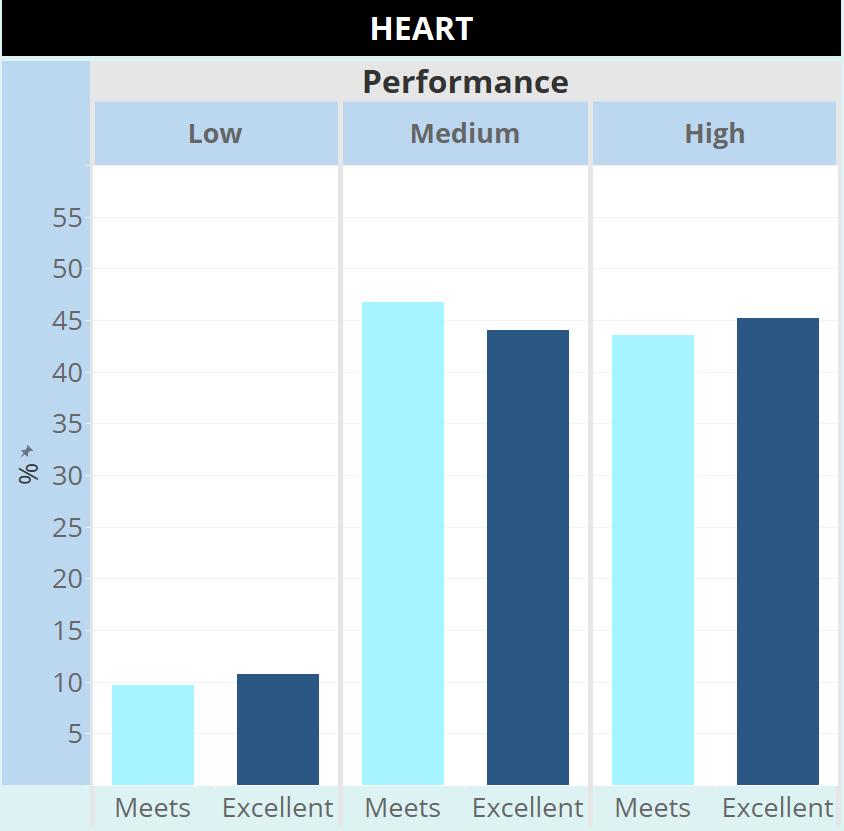 The Feet construct looks at the degree of satisfaction of a person with the way in which they themselves implement plans practically and get results. Again those executives that met and exceeded the job requirements seem results focused and tend to implement ideas and monitor practicalities. 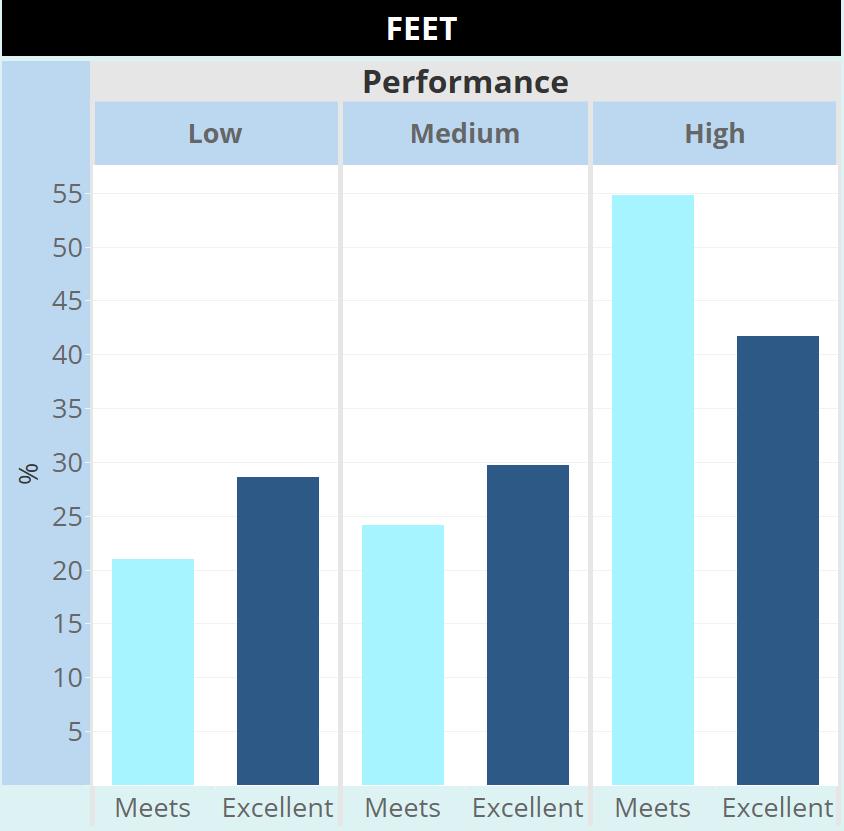 In terms of dynamic personality patterns as measured by the MP and based on the Enneagram, the following patterns are most common amongst all the high performance executives: The Investigator is the Type 5 on the Enneagram. These individuals want to know and understand ideas and avoid emotional pressure. Guardians, or Type 6 have a very active and controlling predisposition and tend to take personal responsibility on behalf of others and situations. A fair number of high performance executives also showed a preference for the Type 3 Performer.


This sample of approximately 200 executives from a global production firm, all of whom meet and exceed the performance requirements of their roles, thus showed the following tendencies:

The distinct differences in the value orientations of various regional groups could cause discomfort and derail strategy within the organisation. This finding was, however, mitigated by the additional finding that almost none of the executives opposed Orange (Strategic, value creation, win-win type initiatives) and none rejected a somewhat sophisticated Green (people oriented, ideas oriented and theoretical).