Companies differ vastly in terms of organisational culture and even within one organisation, there may be subcultures. The 20 case studies summarised below illustrate this fact.

How values and culture were measured

There are various ways in which to determine the nature of an organisational culture including surveys and psychological assessments. The studies presented here, were conducted by Cognadev and capitalise on the theoretical framework provided by Graves’s Spiral Dynamics (SD) model. Assessments were done using Cognadev’s Value Orientations (VO) tool. The samples consisted of employees representing executive leadership, and in some cases, both management and operational levels in the organisation.

The VO reflects not only the underlying theoretical structure of the SD model of Graves, but also incorporates insights from a number of developmental models in Psychology, in Consciousness theory and in various Spiritual traditions. Almost all these models are characterised by an underlying holonic structure where each level or system both transcends and incorporates the previous levels. According to the philosopher Ken Wilber this is the basic organisational structure in of the world.

The VO measures the worldviews, levels of consciousness, organising principles, belief structures, perceptual systems, decision making frameworks and valuing orientations of individuals. Values refer to what the individual or group regard as true, good and beautiful, thus important. The findings are summarised here in terms of the SD colours.

The following 20 studies were conducted in different industries, companies, job categories and geographical areas. The results are reported on through simple graphics which are commented on briefly. The emphasis is on the accepted value orientations and the rejected orientations are not shown here (except in Study 19). A more comprehensive document describing these studies can be found here. 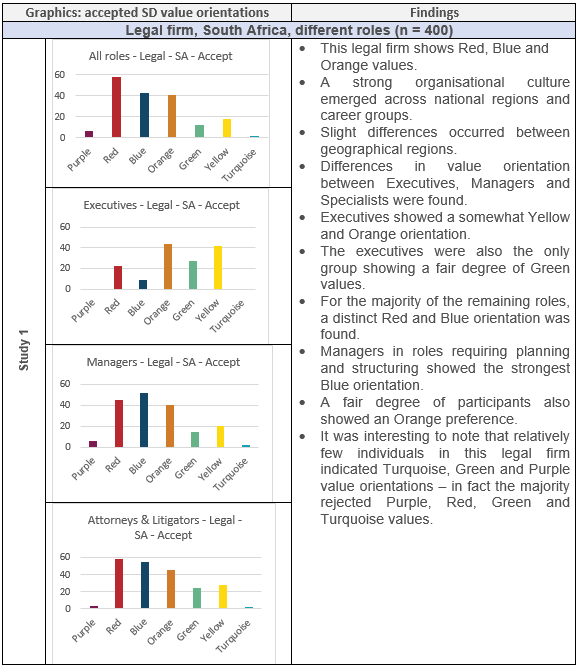 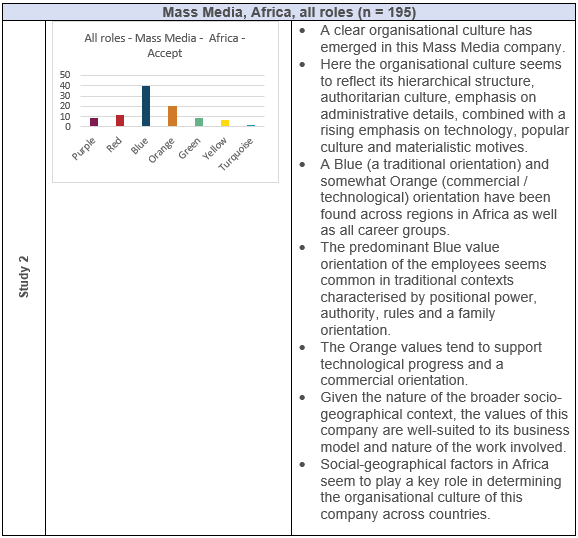 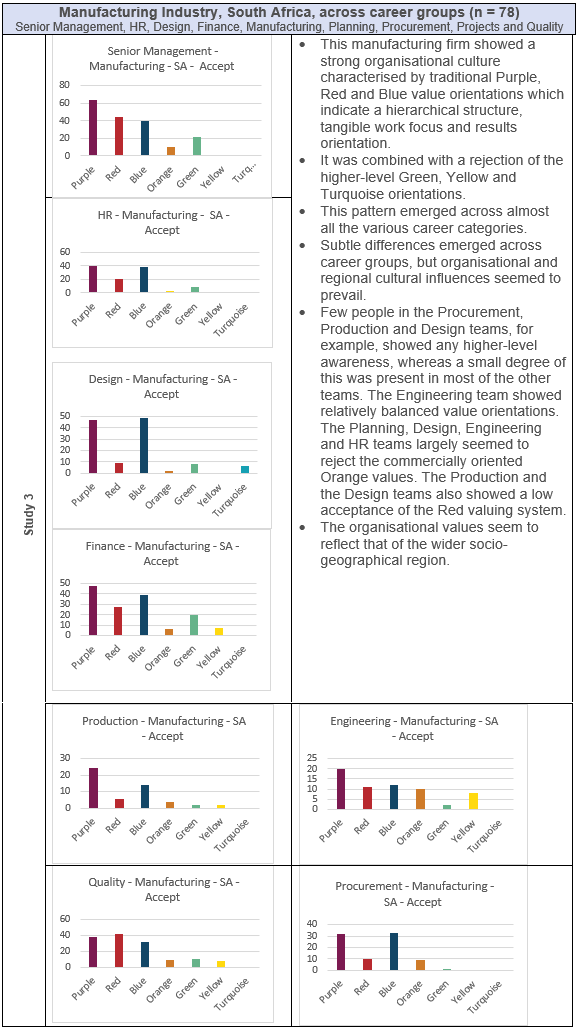 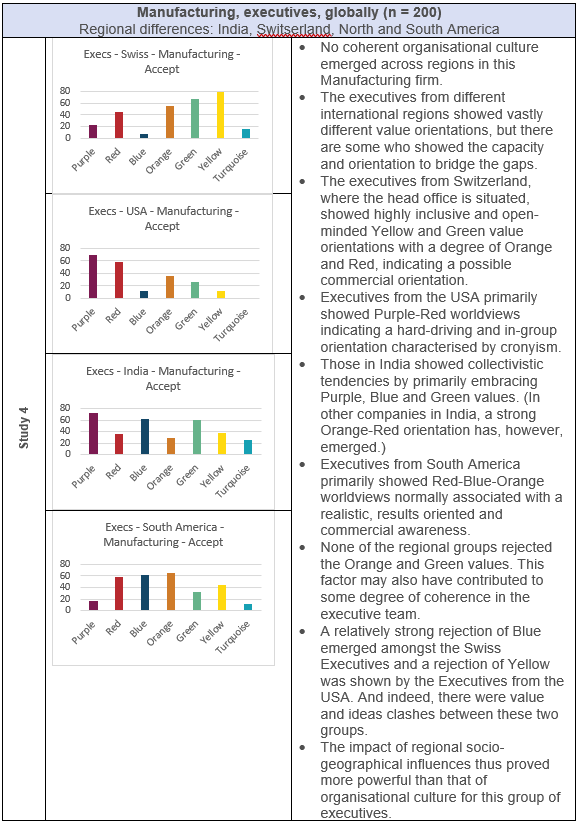 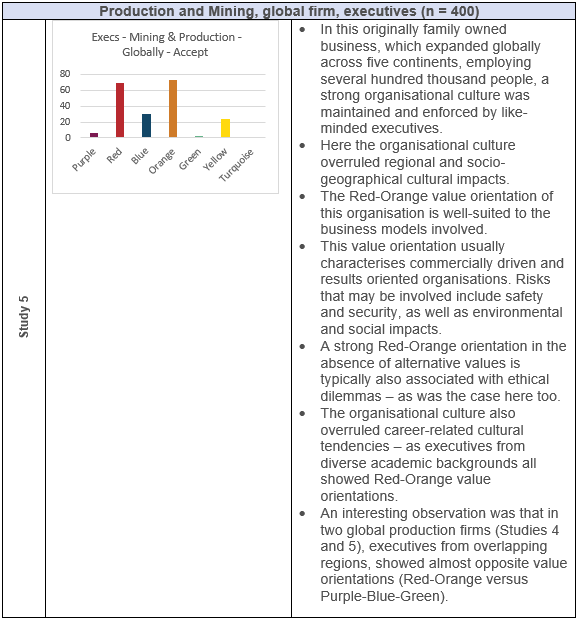 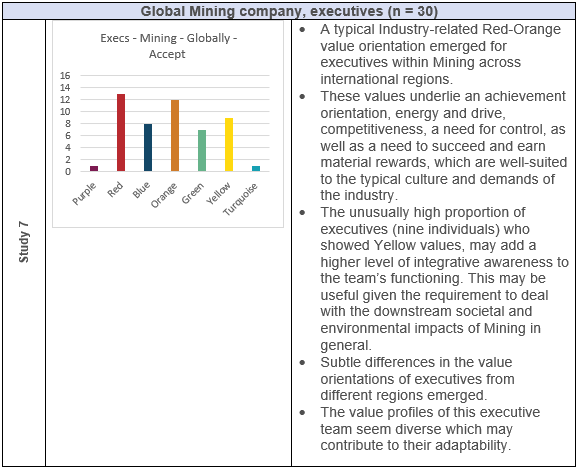 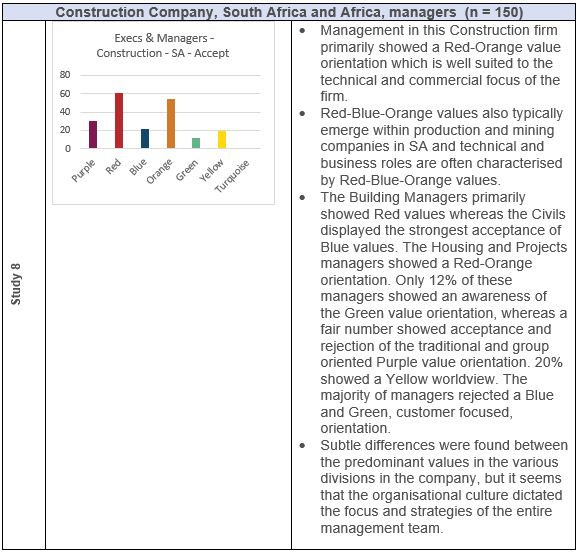 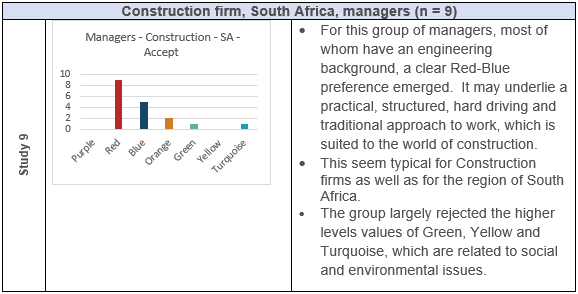 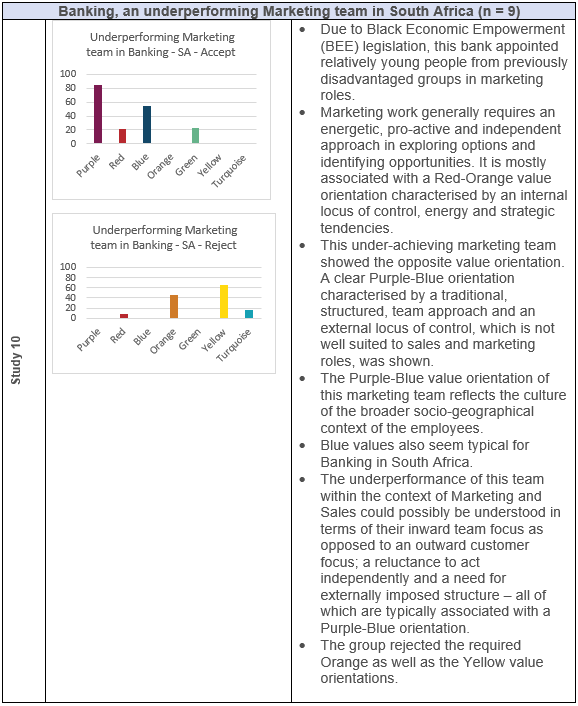 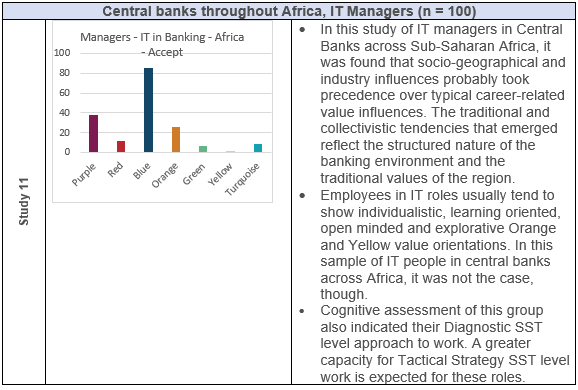 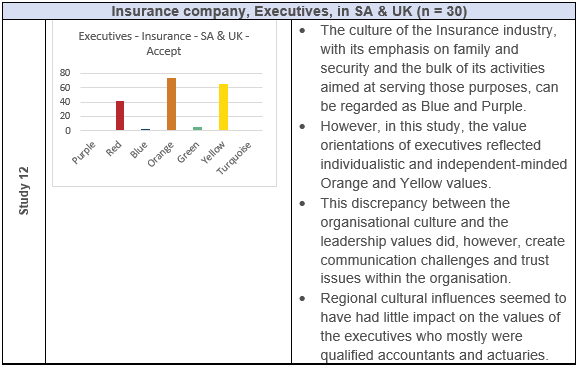 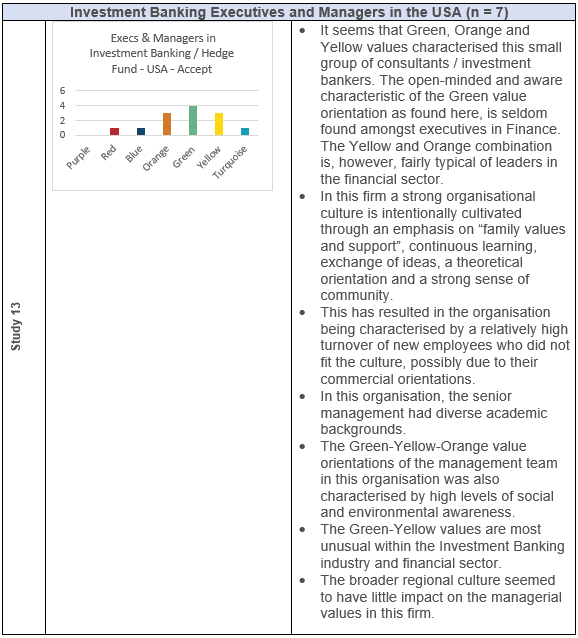 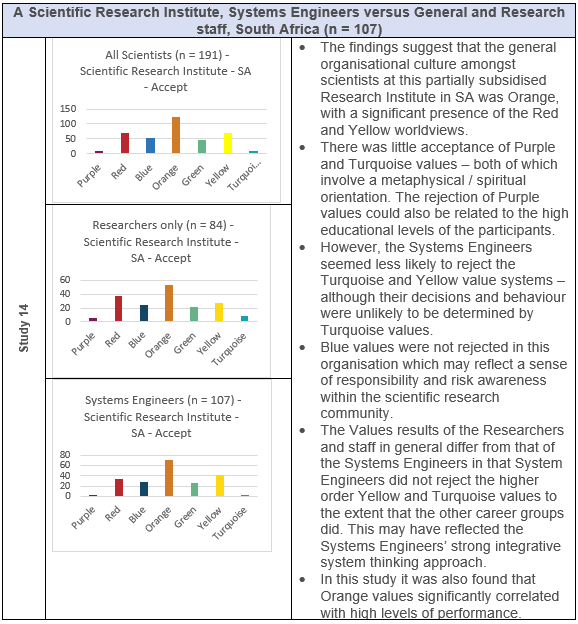 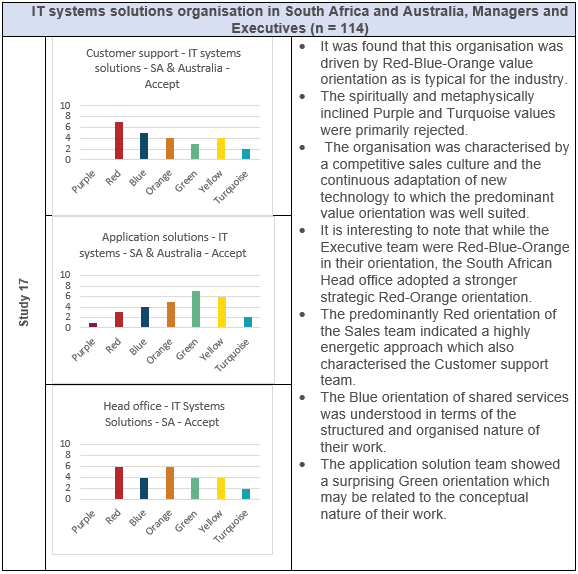 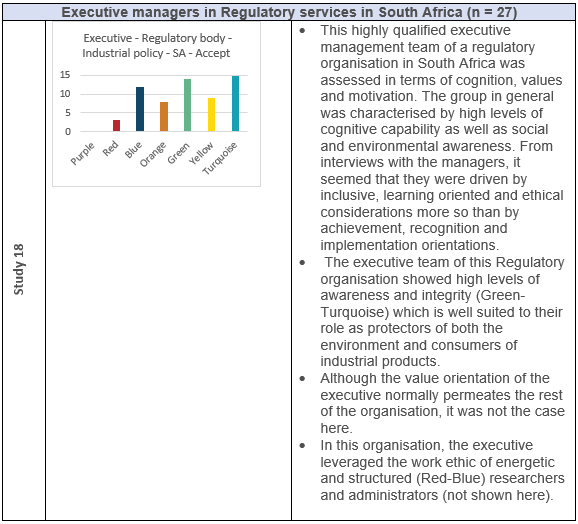 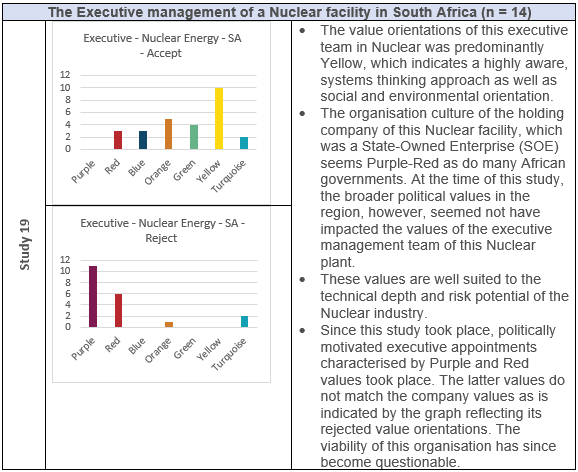 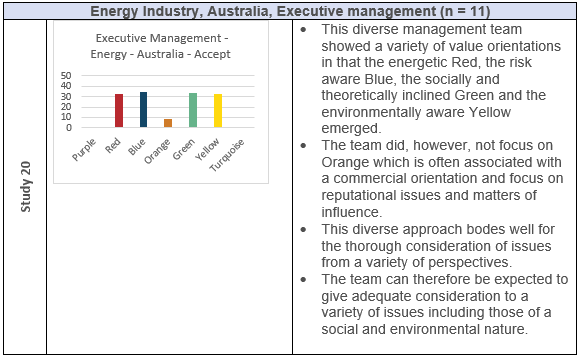 It therefore seems that broad regional impacts on the culture of organisations and career groups are quite powerful, especially where the business focus is of an operational nature for the bulk of the workforce. An organisational culture may thus mirror the socio-geographical culture in the case of the mining, production and manufacturing industries.

Various career groups may show different value orientations depending on the employment category involved, such as management, specialist or professional work. These differences may, however, be mitigated by regional or organisational culture.